IMO and ICHCA engagement from the Head of ICHCA International

IMO and ICHCA engagement from the Head of ICHCA International

ICHCA is the ONLY non-governmental organisation representing the cargo handling sector in consultation with United Nations bodies such as the International Maritime Organisation, International Labour Organisation and UNECE UN Economic Commission for Europe. These bodies set standards and create regulations that directly affect you, your people, your customers, and your supply chain. As a member you get to know what is being proposed in advance and can contribute to the debate.

We are an essential voice – your voice – for our industry.

We have been an NGO (Non-Governmental Organisation in Consultation) with the International Maritime Organization for over 50 years, most of our 66-year history.  NGO status is highly valued and many new international trade and associated organisations have tried to obtain it without success. Indeed, others have been ejected from membership because they have not maintained any liaison or involvement with one of the most important UN agencies. It is a requirement of membership that NGOs continue to attend relevant committees of the IMO, engage in active debate, submit papers, and promulgate the work and objectives of the organisation.

Members will be well aware of our close involvement with the IMO and that we are regarded as an industry partner, as stated by Senior Deputy Director Jack Westwood-Booth, when he accepted the inaugural John Strang A.O. Memorial Award on behalf of the IMO at our 65th Anniversary Conference in Las Palmas.

This very high-level engagement commenced with the Secretary General of the IMO, Kitack Lim, opening our conference in Barcelona the year before and Ms Heike Deggim, Director of the Maritime Safety Division of IMO, attending as the keynote speaker and presenter of the two main awards at our conference on Malta.

The Carriage of Cargoes and Containers (CCC) Sub-Committee is one of the key sub-committees for ICHCA.  We have long attended CCC sessions, (previously Dangerous Goods and Solid Bulk Cargoes). Two of the main outputs from this sub-committee have been the IMDG Code (International Maritime Dangerous Goods Code) and the IMSBC (International Maritime Solid Bulk Cargoes Code), both of which are now mandatory in international shipping. 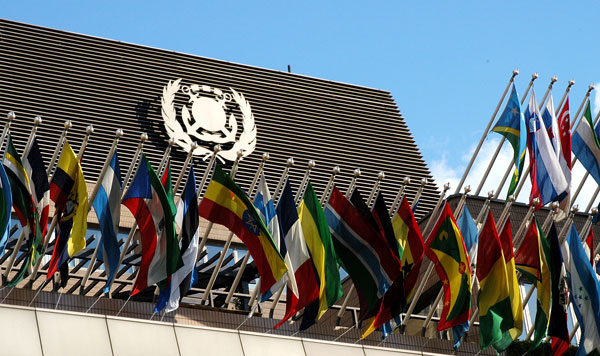 ICHCA delegations contain a cross-section of our membership and form a stalwart of regular attendance and support.

As many members will be aware though there are many fatal and serious incidents relating to both the above groupings of cargoes. Many will be aware of the tragedy on the Maersk Honam and there have been more container ship fires since. Also, there have been many tragic incidents with bulk cargoes, ranging from ship capsizes/sinkings resulting from cargo liquefaction to, as you will see from the joint IBTA (International Bulk Terminal Association) ICHCA paper which details 140 fatalities between 1999 and 2018 due to asphyxiation and CO poisoning. Truly shocking statistics.

It should come as no surprise then that ICHCA has a strong representation at the next session of CCC (Session 6) commencing on 9 September this year at the IMO in London. ICHCA has had large delegations at CCC (DSC) before, especially when we debated the new regulations on verifying the gross mass of containers (VGM) but we have at least 12 delegates at the next session.

What is unprecedented though is the sheer number of submissions we are involved with, either on our own behalf or in co-sponsorship with other organisations. Some of these entities have never asked ICHCA to co-sponsor before, itself testament to our new high regard in this organisation. As mentioned above we are grateful to the TT Club for helping ICHCA to prepare these submissions where appropriate.

Some might say: “Why do we bother?” After all IMO is focussed on all matters SOLAS (Safety of Life at Sea). It cannot be escaped though that SOLAS begins and ends in ports and terminals. We design, build and launch ships, crew them, repair them, store them and load and discharge them. The so-called ship-port interface is regarded throughout the supply chain as a unique workspace beset with challenging issues. You will have seen previous reports that over 100 persons lost their lives in this space last year and over 50 so far this year, and they are the ones we know about!

And why bulk carrier enclosed space incidents, surely that is just the crew, albeit bad enough. Well you will see from the joint paper, of the 140 fatalities, 90 were ship’s crew, but 50 were shoreside personnel. Clearly, we need to be involved.

IMO has spread its reach over the last few decades with matters such as the ISPS Code, MARPOL, BLU Code etc. If you need to know what these mean send a technical query through to us!

ICHCA was invited, for the first time in its history to chair an IMO “drafting group” at a recent meeting of the FAL (Facilitation and Legal) Committee on Documents Relating to the Ship/Port Interface and it goes without saying that we referenced all of our own.

So, for the rest of this year (having already attended FAL and SDC/SSE on important matters such as Ship’s Lifting Appliances and Mooring Safety) we are further engaged with delegations at:

As mentioned earlier CCC is very different this year as we have an unprecedented number of unique or jointly sponsored papers, and they are summarised here:

Amendments to the IMSBC Code and Supplements; Analysis of Bulk Carrier-Related Incidents

This paper is asking IMO to review the information and checks that ships and related interests must make to reduce the incident of serious incidents, including fatalities, with solid bulk cargoes.

It proposes more demanding formal risk assessments of the nature of the cargo and the atmosphere inside the hold.

This paper relates to the recent spate of container ship fires and the fact that special provisions in the IMDG Code may not be fit for purpose, cause confusion and in fact, allow exceptions that may lead to such fires

Amendments to the IMDG Code and Supplements; Comments regarding the classification and transport of carbon

ICHCA remains concerned that so many ship fires, and perhaps in port as well, have occurred from the spontaneous ignition of charcoal cargoes. “CARBON” can be described by many different shipping names, all of which have differing properties and we are seeking clarification of how these cargoes are addressed in the legislation. It also refers to papers submitted by Germany and China.

ICHCA has collaborated extensively with New Zealand on various IMO initiatives, especially the work on the SOLAS amendment to Ship’s Onboard Lifting Appliances. This was their turn to support ICHCA which they did gladly. Although an ICHCA initiative, no new outcomes can be approved by IMO without the backing of a MARAD (Maritime Administration).

This paper calls for a wholesale review of this circular which asks nations to report on non-compliance with the requirements for safe planning, packing and securing of dangerous goods into CTUs but further asking for this to be widened out to include all types of cargo and to allow the collection and submission of data from NGOs themselves. Sadly, MARADS are notably poor about such reports, commonly they are in single figures annually for an organisation that has over 170 MARADs in membership.

Data is included that shows the potential extent of the problem which members will be aware we have presented on at many recent seminars, conferences and the ITP itself.

Revision of the Inspection Programmes for Cargo Transport Units Carrying Dangerous Goods: Comments on the FAO/IPPC proposal for Inclusion of Cleanliness among the items to check in inspection programmes fort CTUs

This joint paper addressed concerns over measures to prevent pest contamination and the potential serious impact on the industry if this is not addressed adequately.

Report on industry initiative in relation to container inspections

This paper adds the data we have gathered from CINS following industry-sponsored examinations of CTUs in the US and Europe. The results are truly alarming and support the paper above asking for changes to the inspection and reporting regime in an effort to improve safety throughout the CTU supply chain.

Analysis of gaps in training materials for transport of radioactive material

A paper asked for by IMO to see if there is a need to revise or develop a Model Course which would guide those developing suitable training courses and suggest the framework of topics that should be included.

A paper which points out ambiguities between the two documents.

So, there you have it, ICHCA has never before been involved in eight separate submissions to one session of CCC and of course we will have, on behalf of our membership and the industry, much to say about many of the other 88 submissions to this session. It promises to be an extremely busy but interesting and important week.

It is not too late to register your interest in attending but be quick! Initial expression of same to secretariat@ichca.com please.

Meanwhile if you need to know what all the acronyms for these NGOs mentioned above mean, or you wish to see the details of the submitted papers, you know who to ask!